Small airborne pollutants are floating everywhere, increasing your risk of getting infected!

The blu Ionic Breez Air purifier ensures that you breathe clean air, as it removes 90% of harmful bacteria, allergens and odors, and fills the air with of healthy negative ions.

Wherever we go, we’re always surrounded by airborne bacteria, dust or smoke! Without the immunity system, our bodies can be easily attacked by disease-causing microorganisms, but sometimes it fails especially as we age. Therefore, it needs consistent boosting to be able to protect us all the time.

Negative ions can naturally improve our immune system by strengthening our immunity cells, thus enhancing their ability to destroy the viruses and bacteria.

It’s easy to believe that the air that we breathe at home is safe! But did you know that the levels of indoor air pollutants can exceed 100 times that of outdoor!

The blu Ionic Breez Air Purifier captures 90% of the tiniest bacteria and germs floating in air improving the quality of air that you breathe.

The blu Ionic Breez Air Purifier features a silent operating system to improve your mood and enjoy the clean air with zero noise!

No reviews yet Write a review

Dhs. 69.00
Blu Aroma Oils are a mixture of botanical oil extracts mixed with aromatic fragrances. Enjoy a clean and deodorized environment, by simply adding a few drops of your favorite aroma...

Dhs. 169.00
Key Features: Naturally Boosts Your Immunity: Fills the air with millions of healthy negative ions. Efficient Air Purification. Removes up to 90% of pollutants, allergens and odors in up to 30 m²...
BACK TO TOP
Added to cart successfully!
CONTINUE SHOPPING VIEW CART PROCEED TO CHECKOUT
Added to cart successfully!
QTY:
TOTAL:
There are items
in your cart
TOTAL:
CONTINUE SHOPPING VIEW CART PROCEED TO CHECKOUT

You have successfully subscribed!
x 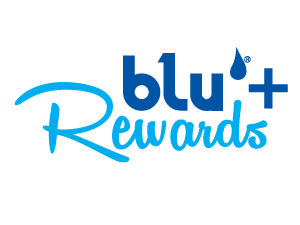 Check out our blu+ Rewards Program!

Shop now and earn 20% of your order back in Dirhams on all your purchases by registering for a free account! You can redeem Dirhams in your blu wallet against any of our products.

You can get better earnings and redeeming rates at higher tier levels.

Ways you can earn

Learn more about our program